About Us – Mokeamerica
Home » About Us

Our Story | Moke Now & Then 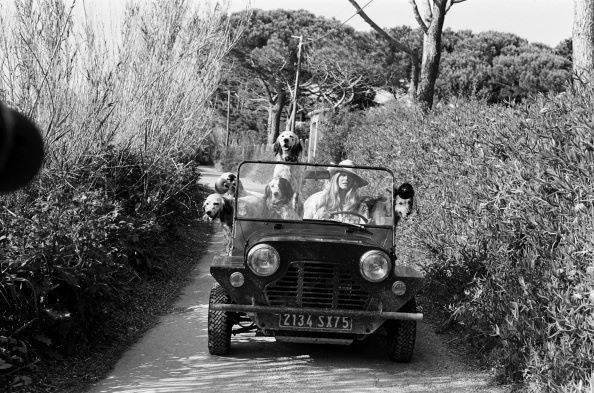 From British classic to Caribbean icon, Moke has become a symbol of fun in the sun.

The Moke (rhymes with “bloke”) is far from a museum piece. Our electric car is versatile, carbon-free and efficient. This upgraded version has more—more legroom, expanded trunk space, a kickin’ sound system and sex appeal. The Moke stays true to its roots while keeping its headlights on the future.

What began as a military invention for the British army in the late 1950s became a cultural touch point with celebrity fans like Brigitte Bardot, Princess Margaret, Emperor Rosko and the Beach Boys. Created by the British Motor Company and Alec Issigonis, the father of the original Austin Mini, the Moke was designed to be combat ready, a car that could be parachuted from the skies. While its life as a military vehicle didn’t last too long, the open-air car became beloved by stars, surfers and Caribbean travelers. Moke became synonymous with easy breezy island chic. At Moke America, we have reengineered the entire car, while keeping Moke’s classic design and spirit alive. We made the car bigger, wider and stronger. Our car is 2,300 pounds. It's the heaviest Moke ever built. It feels sturdier than the old Mokes. We raised the wheel from a 13-inch wheel to a 14-inch wheel, so it’s taller. We redesigned the windshield so the glass is larger, stands across farther and is higher. We implemented a five step E-Dip process to control the quality of the paint. We also do undercarriage rust proofing to prevent corrosion.

Most importantly, we wanted the Moke to be green. There’s an electric revolution in Europe, and countries like the Netherlands are going to have entirely electric cars by 2024. It was obvious that this endeavor had to be electric.

The old Mokes had engines that were very noisy. With ours, it's silent when you drive. You can charge it with a 110-outlet. It plugs into any household outlet. Eight hours gets a full charge, and a full charge can get you almost forty miles of drive time.

It's better for the environment. The price point is reasonable. It's what a car should cost. Moke America is a neighborhood electric vehicle. It’s a car that's driven around town to visit friends, the beach, the supermarket. If you're going to take a six-hour journey, you're not in the right car. We Use American Parts

The biggest components of the Moke are made in America, including the glass, seat belts, tires and batteries. All ten batteries are made in America. The product is assembled here on American soil. If you have a problem with the batteries, we have them right here on the shelf.

It’s easy to use, easy to wash. The whole car can be hosed down, inside and out. We offer a Bimini top so you’re half outdoors, half indoors. The look and design is better than the original because it is longer, wider and closer to an American car.